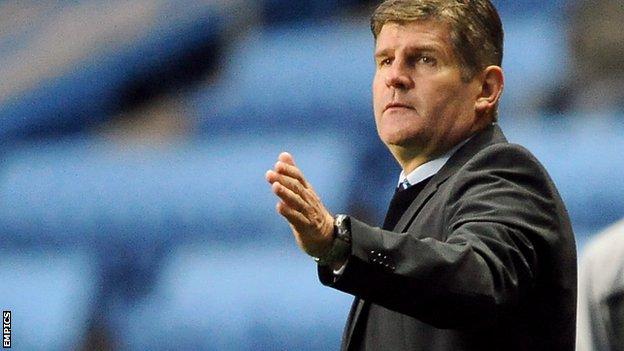 Scunthorpe United boss Brian Laws has claimed he "cannot wait for the season to end", with the side almost certainly facing relegation from League One.

The Iron lost 2-1 at already relegated Bury on Tuesday and are now five points off safety with just two games to play.

Laws told BBC Radio Humberside: "I can't wait for the end of the season because we need to clear out.

"We need to start again and build new foundations at this club because it has been shattered."

He added: "We seem to capitulate at times when we need a performance the most. It is unacceptable.

"The players we have here don't have the mental strength or capacity to override any difficulties."

Laws took over for a third time at Glanford Park in October with the club third from bottom with 10 points from 15 matches under Alan Knill.

After a run of three successive home wins in February saw them climb five points clear of the bottom four they have now recorded seven defeats from their last nine games through March and April.

Scunthorpe end the season with a trip to play-off hopefuls MK Dons on Saturday before hosting sixth-placed Swindon on the last day of the season.