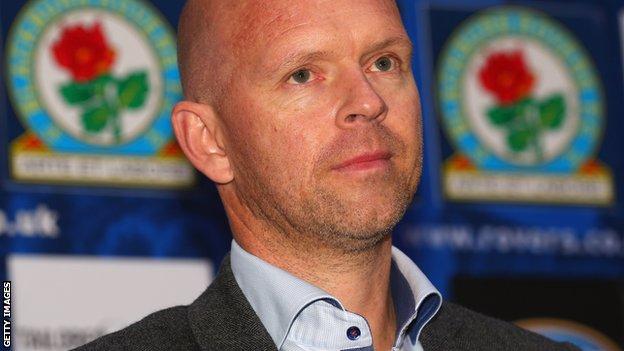 Championship side Blackburn Rovers say they are "actively seeking agreement" with former manager Henning Berg over the settlement of his contract.

after only 57 days in charge, having signed a three-year deal at Ewood Park.

In a statement released on Tuesday, the club said they had already paid Berg, 43, an instalment of £500,000.

They have also insisted that managing director Derek Shaw has the "complete backing and support" of the owners.

Despite Rovers claiming there is no investigation regarding Shaw's role in the matter, BBC Sport understands he

Berg, a former Rovers defender who won the Premier League title with the club in 1995, was appointed as successor to Steve Kean at the end of October but was at the helm for only 10 games, of which only one ended in victory.

He says he is owed approximately £2m, and has taken his claim to the High Court.

following a 3-2 defeat at Sheffield Wednesday on Saturday.