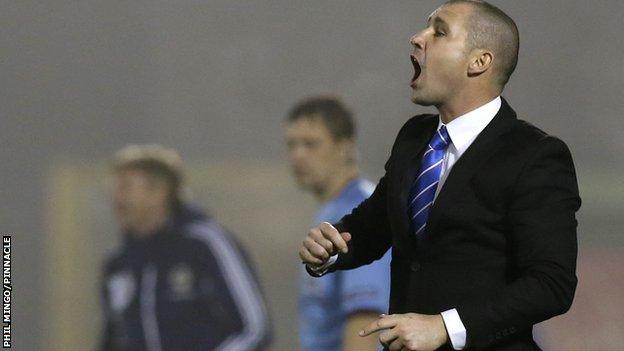 Jersey boss Craig Culkin insists players can still work their way into his squad for next month's Muratti in Guernsey.

Jersey face the Essex and Suffolk Border League on Saturday in the first of two games ahead of the end-of-season clash with their Channel Island rivals.

Trinity's Daryl Wilson is among those called up for the friendly at Springfield.

"I've been very impressed with him " said Culkin.

"In terms of the value of the game it's very important and players will be fighting for places for a start come 18 May.

"Everyone wants to be involved. Sometimes in these games if you're not on the ball you can play your way out of a starting 11.

"There's a possibility that one or two people could still force their way into this team."

Culkin has left out striker Craig Russell and Jay Reid who are both unavailable for the Muratti.

The Jersey boss has an initial 17-man squad in mind for the weekend but there may still be some additions to be made because of a busy schedule in the island's league.

"We may have to bring in another couple of players with Jersey Scottish playing Wanderers on the Tuesday night," Culkin told BBC Radio Jersey.

"We've got to respect the clubs as well with the fixture backlog that's occurred in the last few months.

"We've got to bare that in mind but certainly we'll be looking to start with a very strong 11 that's for sure."

Jersey will also face touring side Middlesex Wanderers on Saturday 11 May exactly a week before the clash with Guernsey.