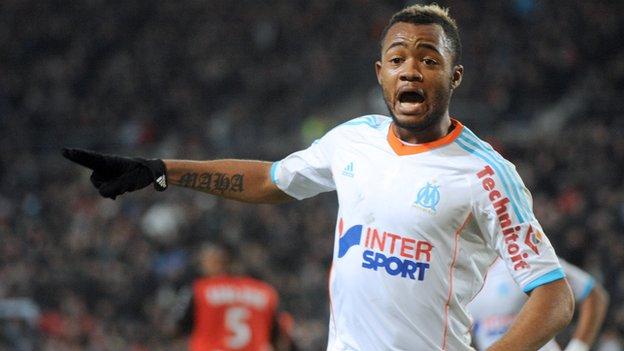 Ghana international striker Jordan Ayew has made it clear he wants to stay at Marseille, even suggesting he may finish his career at the French club.

"I have no intention of leaving and I will be here next year," the younger brother of team-mate Andre said.

"I am only 21 and players who are 28 dream of playing for OM. As for me, I am very happy here and I could finish my career at Marseille.

"I feel at home, the club has helped me enormously - I want to pay them back."

Ayew first broke into the Marseille first team in 2009, scoring on his debut against Lorient on 16 December, and has gone on to make 84 appearances and score 13 goals.

He has hit seven goals this term to help Marseille to second spot in the French top flight, seven points behind arch rivals Paris Saint-Germain.

Ayew, the son of former Marseille great Abedi Pele who helped the club win the only Champions League title won by a French club in 1993, has also been capped 10 times by Ghana and scored two goals.

But he and his 23-year-old brother, Andre, were left out of the 2013 Africa Cup of Nations squad in controversial circumstances and have since made themselves unavailable for the Black Stars.