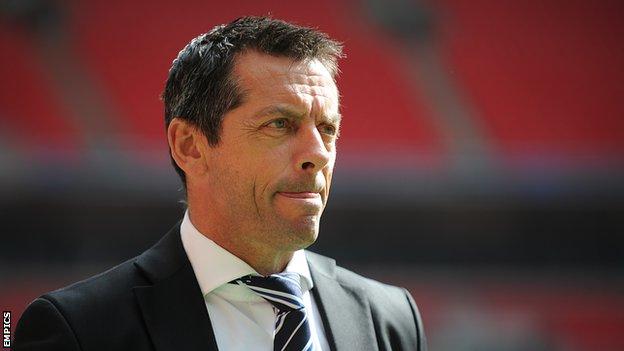 Phil Brown secured his first victory as Southend boss by defeating struggling Aldershot, who remain rooted to the bottom of the Football League.

Peter Vincenti and Michael Rankine went close for the Shots early on.

However, after the Shrimpers saw Britt Assombalonga hit the post, they went ahead 20 minutes from time when Barr Corr finished in a goalmouth scramble.

And Assombalonga ensured Brown victory at the sixth attempt from the penalty spot after being tripped by Troy Brown.

The Shots are now four points away from safety following Torquay's 3-2 win over Barnet, with just two games to play, meaning they are in severe danger of dropping into non-league.

"We probably dominated that game more than any all season. The two [refereeing] decisions for both the goals were really poor ones and the penalty, everyone in the ground cannot believe he gave that one - he's had a bad night.

"It's the story of the season, if you don't score goals you don't win games but we haven't got goalscorers who can put the ball into the net and you need someone to put it in.

"I think the organisation has been good - when you're not scoring goals and when you make a mistake you put yourself under pressure and you can't expect the back four to keep clean sheets.

"It's not over yet. We need something to bounce for us and we need someone to get on the end of something."

"It feels magnificent. With the exception of a little bit of pressure towards the end, I thought we were comfortable winners.

"They've shown me what they are capable of in terms of power and energy, he hard sell, the difficult part of the game.

"They've had four strikers on at the end of the game and we've managed to keep a clean sheet.

"When your back four is working as hard as what they are, and the midfield three and then the front three are doing the business at the other end you've got to be happy."