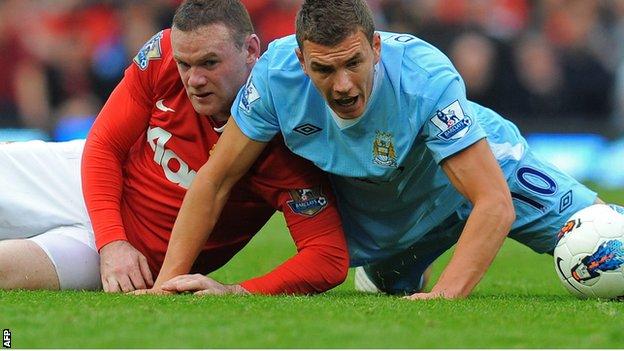 It would appear then, with eight games to go, the title is heading back to Old Trafford and City are playing to ensure second spot.

Nevertheless, it is a game both will want to win and BBC Sport looks at the stats and recent history between these two teams.

The Manchester derby in numbers

Who's saying what ahead of the game? 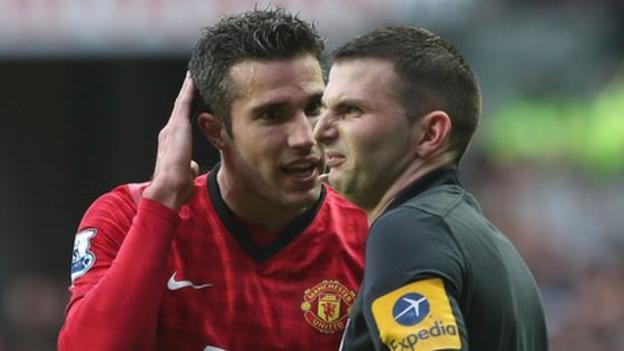 Manchester United boss Sir Alex Ferguson: "It'll be a big game for City - they'll want to come and derail us for a spell.

"I can understand their motivation - we'd probably have the same thing. There will still be a great intensity about the game."

Manchester City manager Roberto Mancini: "If it is not important for the table or the title race, I think the derby is always a derby. It is important for us and for them.

"We want to show we don't deserve to stay 15 points behind and we can reduce the gap between now and the end. But the title race is finished."

Manchester United defender Rio Ferdinand: "Everything gets put aside in a derby game. We have to make sure we put pressure on them, make sure they know they have been in a really tough game and that they will be disappointed at the end because we have won."

Manchester City striker Edin Dzeko: "It's a very important game even if we are 15 points behind because the derby is always the derby. It's the best league game of the season and we will do our best to try to win there."

Manchester City keeper Joe Hart: "It is a cliche but we play for our fans, and for ourselves. It looks like the title is not going our way but we have a lot to play for. We are looking for three points and to get as big a tally as we can."

BBC Sport pundit Mark Lawrenson: "I can see City going for a win to prove a point because they know they are going to lose their title. They will play with no fear, which will help a lot, but I still see the points being shared."