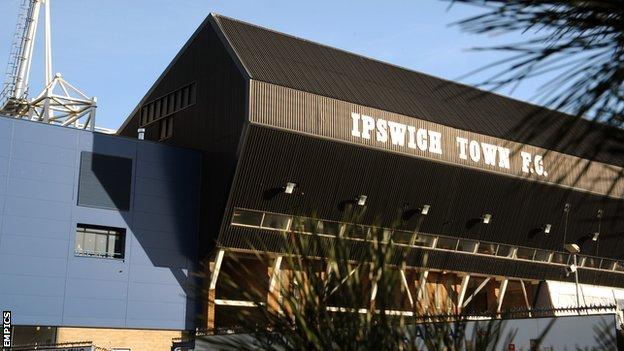 Ipswich Town made a loss of nearly £16m in the financial year ending June 2012 as the club's debt to owner Marcus Evans rose to more than £72m.

Ipswich's Playford Road training ground was sold to one of Evans's companies for £1.32m, with Ipswich paying rent of £40,000 a year.

The figures highlight Ipswich's financial reliance on businessman Evans, who owns 87.5% of the club's shares.

But the auditors noted that Evans had committed to "continue to make available such funds as are needed by the company... and will not seek repayment of any of the amounts currently made available".

The auditors also added: "The directors acknowledge that there can be no certainty that this support will continue indefinitely."

Income from commercial sources, TV and radio also fell by around £1m.