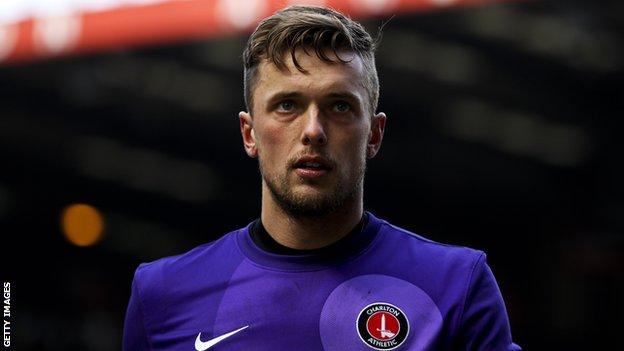 Charlton goalkeeper Ben Hamer says losing the number one spot helped him to regain his desire.

Hamer told BBC London 94.9: "When the gaffer drops you from the team it does knock your confidence. I think he got the right reaction out of me.

"I realised how much it hurt not to be in the team. It was horrible watching, I just wanted to be out there playing."

He added: "I had to train hard and try and show him I wanted to be in there, I am here for the cause and I want us to stay up.

Hamer returned to the side in Saturday's 3-2 win over Bolton and then made a string of saves in the 0-0 draw at Brighton & Hove Albion on Tuesday.

The 25-year-old, who joined Charlton in the summer of 2011, has made 37 appearances this season but accepts Chris Powell's decision to drop him.

"It was a hard one to take," Hamer said. "I was playing with a few injuries, it was getting tough and maybe I was getting a bit sloppy.

"He has given me the kick up the backside I probably needed. I appreciate it but it made me sharper and made me want it more, that's for sure."