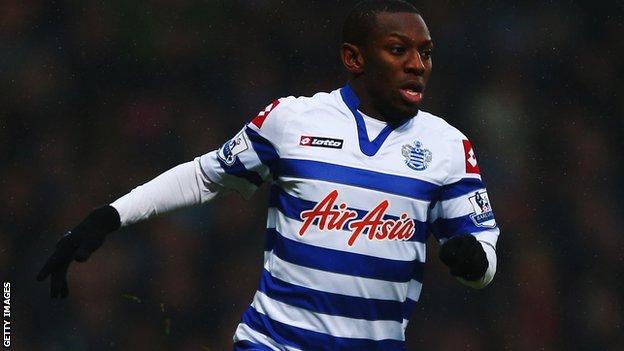 Queens Park Rangers will be without Shaun Wright-Phillips for the rest of the season because of an ankle injury.

The 31-year-old winger had surgery earlier this week and will now play no further part in Rangers' bid to avoid relegation to the Championship.

"Shaun has had an operation. It needed doing, we tried to keep him going," said QPR manager Harry Redknapp.

"He's played with the pain and not felt 100%. Hopefully Shaun will be back at the start of next season now."

The former Manchester City and Chelsea player has scored two goals in 22 appearances for Redknapp's side this season, but has only made 14 Premier League starts.

QPR have won only three times in the league since the turn of the year, leaving them 19th in the table and seven points from safety with seven games to play.

Redknapp has also welcomed QPR owner Tony Fernandes' public backing after he was assured his job as QPR manager is safe even if the club are relegated.

"I love it here. I love the club and the people," said Redknapp, who arrived at Loftus Road in November. "If Tony Fernandes wants me to stay, I'll stay. He's a fantastic man.

"The owners here are fantastic people. They're great to work with. I want us to stay up more than anything for them. We need to win five games. It's a tall order but not impossible. I believe we can still do it."