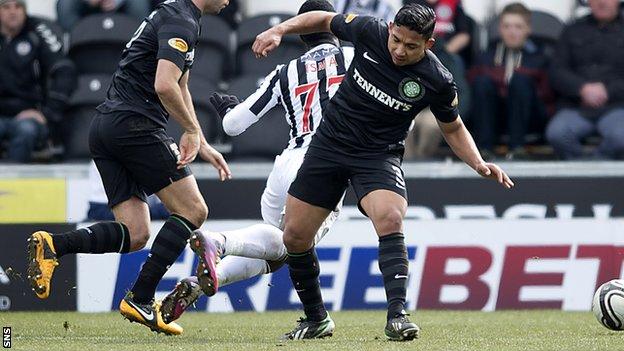 The Portuguese was cited for beaching disciplinary rule 202, causing a match official to make an incorrect decision by committing an act of simulation.

Ref Bobby Madden judged that Goncalves had been tripped by Emilio Izaguirre, but TV pictures cast doubt on the call.