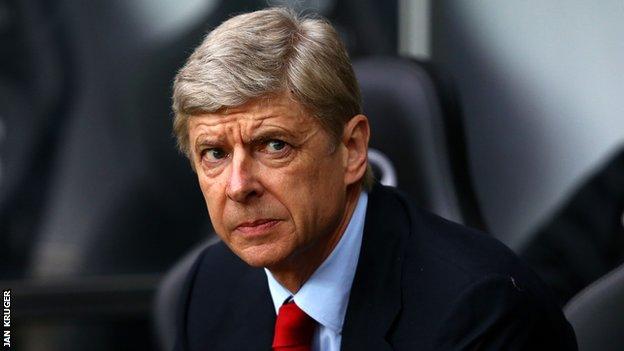 Arsenal look set to have to wait a little while longer for the return of Jack Wilshere and Theo Walcott.

The pair are back in training but Gunners assistant boss Steve Bould has said they only have an "outside chance" of being involved at West Brom.

The Baggies are without Youssouf Mulumbu, who begins a three-match ban for his red card at West Ham last week.

However, his unavailability is offset by the return to fitness of James Morrison after a hamstring injury.

Arsenal return to the ground where they clinched Champions League qualification on the final day of last season, looking for a repeat victory to keep this season's fight on course.

With eight games left to play, I'm sure Arsene Wenger hasn't ruled out third and fourth place being decided by the final matches again in this campaign.

"I'd expect a good game here. Yes, West Brom got beaten by West Ham last week but it was Andy Carroll who turned them over and Arsenal don't really have anybody like that up front.

"The Gunners are very dangerous, though. After losing to Tottenham last month, they know they are in a real battle for a top-four place and their mindset seems to be that to achieve that they will have to win all their games."

He will be encouraged by his team's current run of consistent results. The Gunners have won five of their last six Premier League matches and taken 19 points from the last 24, a total only bettered by leaders Manchester United in the same period.

Their one defeat was to Tottenham in the North London derby, one which some felt could derail them. Their response though, including the performance in Munich, has shown great character.

I watched them recently at Swansea where they weren't at their best and with 15 minutes to go were only drawing 0-0. They dug deep to win 2-0, producing the type of performance that indicated they aren't going to give up their usual top-four finish without a fight.

It's those qualities that will be required in the remaining matches if they are to maintain Arsene Wenger's record of always delivering Champions League football. They will certainly need to be on form at The Hawthorns, where only four teams have won all season.

The Baggies won't want, and don't deserve, their impressive campaign to fade away. Steve Clarke's first season in management has been very impressive.

They haven't been out of the top nine all season and it would be a travesty if they didn't now finish there, which would be their highest placing of the Premier League era.

To indicate the giant strides they've made under Clarke, if they were to beat Arsenal it would take them to 47 points, the same total with which The Baggies have ended the last two campaigns.