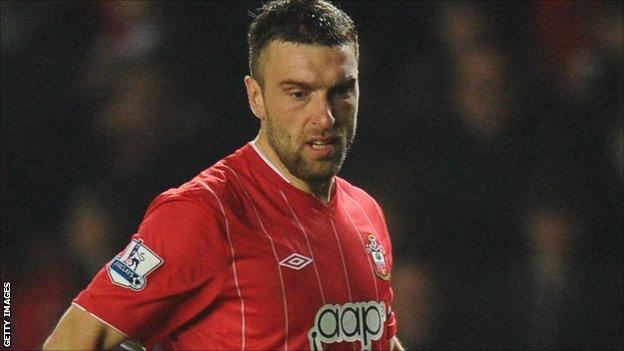 Lambert, 31, is the leading English goalscorer in the Premier League but is yet to win a cap.

Beattie, who played for England five times during his spell at Southampton, says manager Roy Hodgson should reward Lambert for his form this season.

"He would be in my squad," Beattie told BBC Late Kick Off South.

Lambert scored the winner against Chelsea last weekend with a stunning free kick and has also scored against Liverpool and both Manchester clubs this season, but has been overlooked by Hodgson.

England's next match is against the Republic of Ireland on 29 May and Beattie, currently playing for Accrington, says he "does not see why Lambert should not be in the squad."

He added: "He is the leading English marksman in the Premier League, he is a complete player,

"They say strikers reach their prime when they hit 30. He's just turned 31, he's very good at holding the ball up, links the play, brings others into the game and I for one will be championing him."