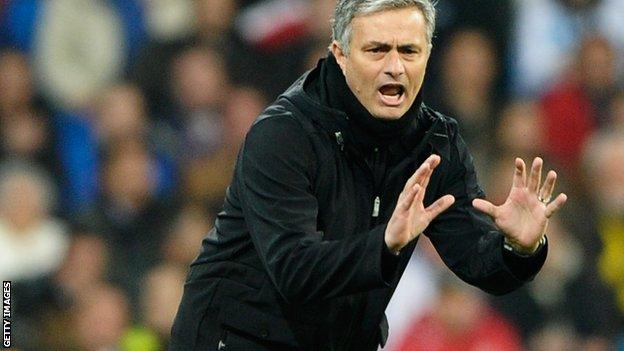 Real Madrid boss Jose Mourinho remained cautious despite his team's 3-0 win over Galatasaray in the first leg of their Champions League quarter-final.

Goals from Cristiano Ronaldo, Karim Benzema and Gonzalo Higuain put Real on the verge of the semi-finals.

"If we score a goal in Istanbul they have got to score five so the result is very good," Mourinho told Sky Sports.

"But I've seen a lot of things in football so nothing can surprise me. Istanbul is a difficult place to go."

The Turkish side did not capitalise on a number of chances they created before Higuain's goal sealed the win for Real, but Mourinho was adamant that his side could not underestimate their opposition.

"We were defensively better than we were attacking. We could have scored more goals but the team played well."

Higuain, who found the net after replacing Benzema in the 65th minute, was less cautious than his manager.

"We knew the return would be very difficult and the truth is we can go there happy because 3-0 is a very favourable result," said the Argentine striker.