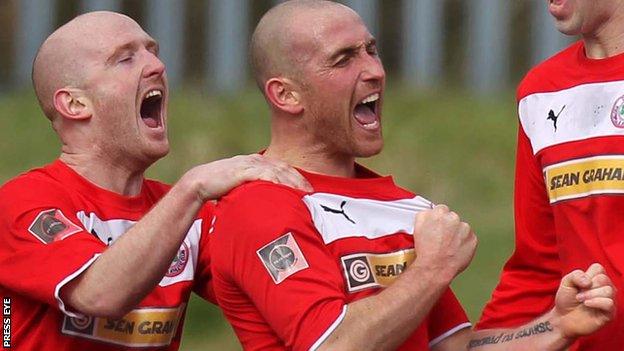 Johnston, currently in his third spell with the runaway league leaders, has signed a one year contract extension.

Catney, who joined the Reds from Lisburn Distillery in 2007, has penned a new three-year deal.

The midfield duo put pen to paper after helping the team to a 3-1 victory over Crusaders on Tuesday, as the Reds close in on the Irish Premiership title.

"Both Barry and Ryan have been with the club for a number of years now and have played an integral role in our continued progression season on season.

"They've also been key components in a team which sits within touching distance of achieving something very special."