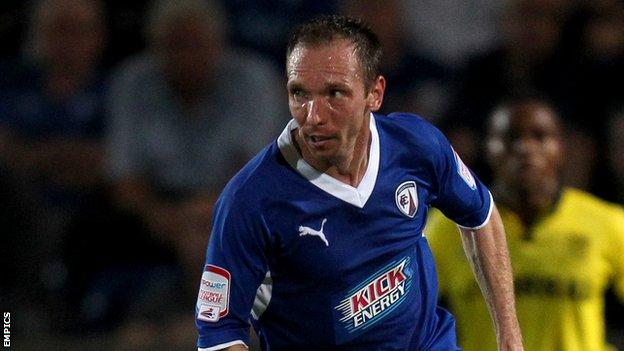 Hyde have announced the departure of veteran midfielder Mark Allott, who has decided to end his playing career.

but illness and injury has restricted him to just five starts for the Tigers.

The 36-year-old will now concentrate on coaching and running his academy, which teaches children between the ages of two and 15.

He made 673 career appearances for Oldham, Chesterfield and Hyde.

"Me and Mark have been good friends from our younger days and I did try to talk him out of it, but he wants to put his time and effort into his academy and wanting to make that a success," Hyde manager Scott McNiven told the club website.

"He has that taken that decision and we wish him well."