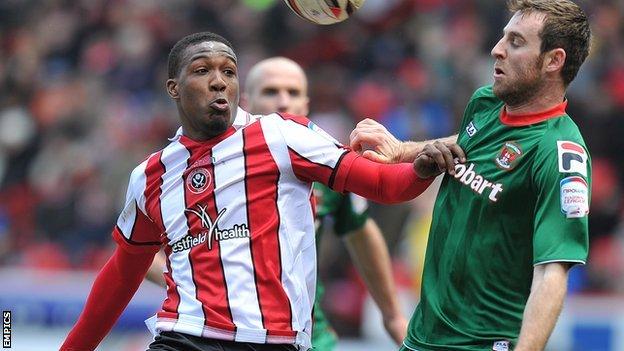 Leeds have recalled forward Dominic Poleon from his loan spell with Sheffield United.

The 19-year-old joined the Blades until the end of the season in February and made seven appearances for Danny Wilson's side.

Poleon previously played under Leeds caretaker Neil Redfearn when he was coaching the club's under-21 side.

The attacker, who spent time on loan at Bury earlier this season, could feature in Saturday's match at Charlton.