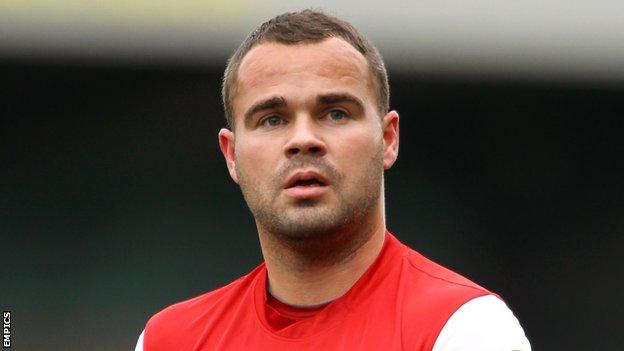 Midfielder Lee Fowler would like the chance to stay with Burton Albion beyond his initial loan spell.

Fowler joined last week from Doncaster Rovers until the end of the season and made his debut as a substitute in the 3-3 draw with Accrington Stanley.

And the 29-year-old has told BBC Radio Derby that he would "love to" stay.

"The lads have welcomed me with open arms. The main thing is I want to keep playing football. It's something I love doing. I just want to play," he said.

Fowler only joined League One leaders Doncaster in January, but previously moved to Forest Green Rovers on loan after making just four appearances.