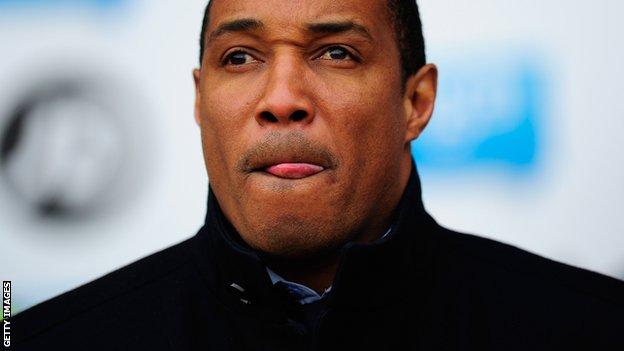 The Seasiders moved to 50 points, three above the drop zone, with a

"Everyone's winning at the bottom and it puts pressure on teams close to us," Ince told BBC Radio Lancashire.

"I think we need maybe another win and a draw and we'll be fine, and then we can build for next season."

The former England captain added: "[Monday's win] brings other teams back into it, and all of a sudden you're looking up and wondering if you can get up there.

"It's a big lift for the boys because performances have been fantastic.

"The results we've had have been a little bit unfair. Those draws could have easily been turned into wins."

Home comforts for Ince - at last

Blackpool achieved their first home win under Paul Ince against Crystal Palace on Monday. A second-half strike from Matt Phillips was their first goal in four home matches under the new boss.

Blackpool, play-off finalists under Ian Holloway last season, failed to win or even score in their first three home matches under Ince.

But he said: "Since I've been here, we've had the second-best defensive record in the league. The stats show that, and it showed again on Monday with another clean sheet.

"If you can keep a clean sheet, you've always got a chance of scoring a goal. For me, 1-0 is the best result because it means both the attackers win and the defence win."