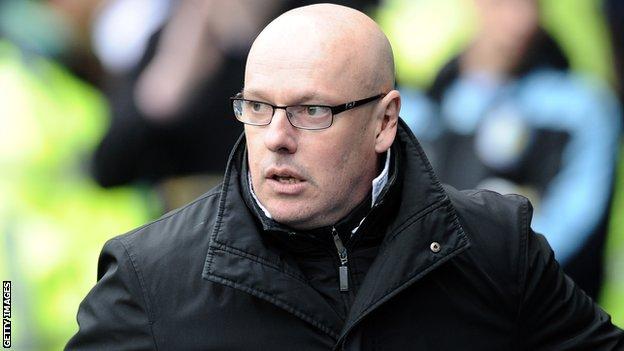 Warnock, who parted company with the Championship club on Monday, also believes ex-Bolton and Burnley manager Owen Coyle is a suitable candidate.

But Warnock says his former club should take their time naming a replacement and that management is becoming harder.

"If you last a year you have done very well in management nowadays," he added. "I think it's only going to get worse."

McDermott, 51, left Premiership strugglers Reading last month after steering the Royals to the Championship title last season, while Coyle, 46, has not managed since being sacked by Bolton Wanderers last October.

"There's quite a number of [suitable] managers and I think there'll be a few more in the next few weeks.

"I think Leeds have to take their time. They can't just appoint somebody straight away and get the wrong one.

"They have got to make sure they get the right one that ticks all the right boxes."

Warnock's remarks come after former Leeds player Norman Hunter gave his backing to either McDermott or Coyle taking charge of the club, currently 12th in the Championship table and nine points from the play-offs with six games remaining.

"It is a perfect role for an experienced manager like Brian McDermott or Owen Coyle."

Warnock believes whoever gets the job will be backed financially in the transfer market by GFH Capital, a Dubai-based equity group which bought the club from Ken Bates in December.

"They're settling down now the new owners and they'll give the new manager an opportunity to buy two or three quality players," he said.

Meanwhile, Hunter says the new manager needs to be given "two or three years" to make their mark at Elland Road.

"We have to get through this season and move on," Hunter said. "It is not going to happen overnight [Leeds winning promotion].

"Whoever the next manager is, he needs to be given two or three years to turn it around. I believe the owners will be patient and allow them to get the job done.

"But I think Leeds is a great job and a sleeping giant.

"It would be a sort of reward for the fans for their tremendous loyalty during the last 10 years to see Leeds return to the top."

Leeds have not been in the Premier League since the 2003-04 season.

Academy manager Neil Redfearn has been put in charge until a successor is found.