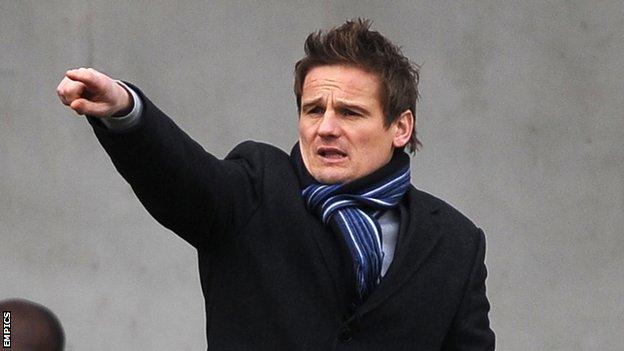 AFC Wimbledon manager Neal Ardley is wary his side are getting dragged back into the League Two relegation battle.

The Dons have lost three of their last four games and are now just three points above the relegation zone.

"We have shot ourselves in the foot and we have got work to do. I have got a good bunch of players. They are strong and they need to be now."

The Dons slipped to 19th place following their 1-0 defeat at home to Barnet on Easter Monday.

Ardley was unhappy his side failed to take advantage from numerous dead-ball situations.

"We knew it was a big game, one we wanted to win and one that was important not to lose," Ardley continued.

"Before the game we talked about our set pieces. They were poor both in deliveries and people attacking the ball.

"We had enough of them, we didn't capitalise on it and it's not good enough."

The Dons boss added: "We said no silly mistakes; just keep it solid on a bobbly, horrible pitch.

"There was one mistake in what was probably their only meaningful attack in which they [Barnet] looked like scoring.

"We should never have been 1-0 down as it didn't look like they had a threat. There was always one team pressing to win the game and unfortunately that team lost the game."

The Kingsmeadow outfit face three of the current top eight in their final four matches but Ardley remains upbeat at their hopes of survival.

"In this league every team can beat every team," he said.

"The Barnet game shows we have got to go back to basics. We need to do things right and the players know it."