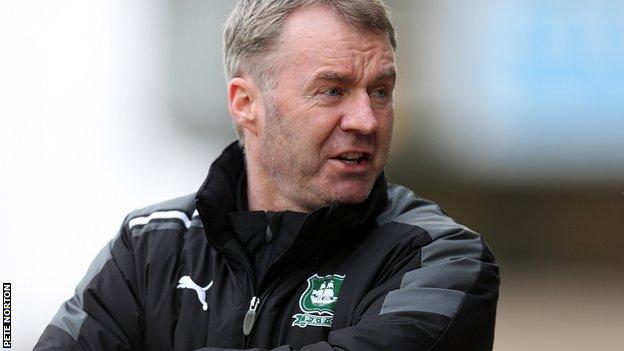 Plymouth Argyle manger John Sheridan was highly critical of his team's performance after their defeat at York City on Easter Monday.

Following three straights wins, the Pilgrims went down 2-0 to their relegation rivals.

"We weren't good enough. It was a very poor performance and I don't think we were up for it," said Sheridan.

"The players have to listen, learn and concentrate all the time and don't get carried away."

He added: "I'm not making excuses, we just need to look forward to Cheltenham on Saturday which is a massive game and another must-win.

"We've got to try and win games, because if we don't we'll find ourselves in a precarious position."

After the Bank Holiday fixtures Plymouth find themselves one point and one place above the League Two relegation zone, and Sheridan believes the relegation battle will go down to the wire.

"All the teams at the bottom are getting results and fighting for their lives and it's worked that way again," he said.

"The points tally required is going to be higher than in previous years because everyone is picking up points. It's very tight."