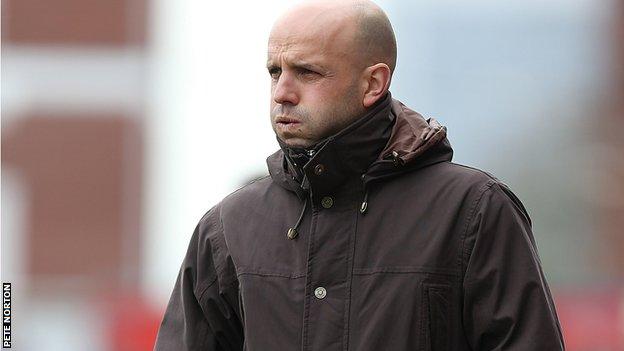 Exeter City boss Paul Tisdale believes his side are still in a strong position to clinch a play-offs place despite two defeats over the Easter weekend.

The Grecians lost the Devon derby 1-0 against Plymouth and suffered a last minute 2-1 defeat to Rochdale.

"We lost the game, but we're still in the play-off zone, we're in a good position and it's about the next game."

Exeter had not suffered back-to-back league defeats since October but Tisdale expects his side to bounce back strongly.

"We have to go forward and try to win more games than we lose in the next five games," he added.

"The players and I will give everything we can to get us over the line and into the play-offs."