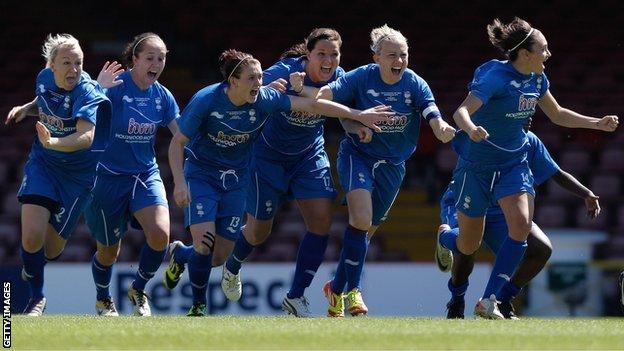 FA Women's Cup holders Birmingham will face Liverpool in this year's semi-finals if they can beat 11-time winners Arsenal in round six on 14 April.

Liverpool and Lincoln, neither of whom have previously won the competition, are already through to the semi-finals which will be held on 28 April.

Bristol Academy host Everton in the sixth round on 14 April after the Toffees beat Oxford 7-0 in round five.

Lincoln await the winners of the Bristol-Everton match.

Remaining sixth-round ties to be played on Sunday 14 April

Semi-final ties to be played on Sunday 28 April