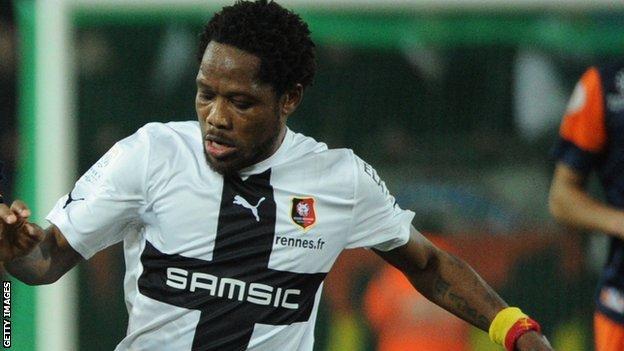 French club Stade Rennes have completed the signing of Cameroon midfielder Jean Makoun, who has been on loan from English side Aston Villa since August.

The 29-year-old joined Aston Villa in 2011 but spent last season on loan at Greek side Olympiakos Piraeus.

He has signed for the next two seasons with Rennes.

The Aston Villa website announced that "Rennes will exercise their option to complete a permanent move for Jean Makoun in the summer transfer window".

It added: "The deal for an undisclosed fee will go through on 1 July."

Rennes are 10th in the French league standings and will face St Etienne in the League Cup final next month.