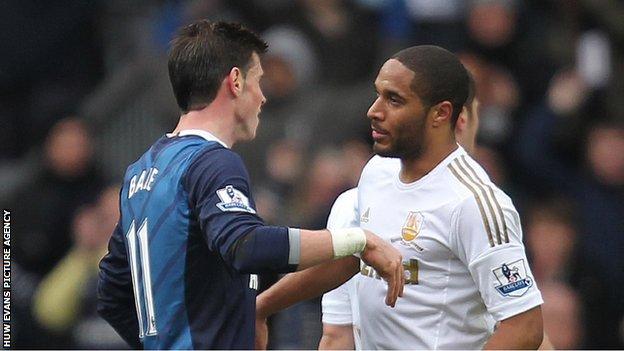 Swansea City captain Ashley Williams says he and his team-mates must beat Norwich City next weekend to end an unwanted three-match losing streak.

The Welsh side on Saturday, a result that followed previous Premier League reverses to Arsenal and West Brom.

"Three defeats, we're having a bit of a wobble," admitted Williams.

"We know it's only hard work, concentration and staying focused that will get us out of it."

Swansea are ninth in the table, seemingly comfortably clear of relegation, and have already secured a place in the Europa League next season thanks to their

But with seven games remaining, Williams is determined that Swansea finish their season on a high.

"We've got to stick together as a squad, we've all been in these situations before," Williams added.

"It's disappointing, we're as disappointed as anyone involved with the club and we've got to lift ourselves.

"We'll get our work done before Norwich, it's a tough place to go and we've got to get a win there really."