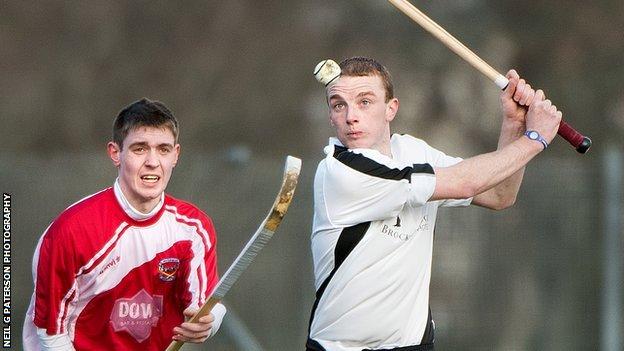 Newtonmore opened their defence of the North championship's MacTavish Cup with victory but were taken to extra-time against Fort William.

It looked as if Fort were going through with a 3-2 lead in the final minute thanks largely to a Gary Innes double.

However, John MacKenzie completed his own brace to force an extra period and one each from Danny MacRae and Fraser MacKintosh put 'More through after two hours of shinty.

Neighbours and rivals Kingussie scraped through on penalties following a 1-1 draw on Skye.

Lovat, after a string of four league draws, overwhelmed Inverness 11-0 in their cup tie at the Bught with new signing Kevin Bartlett grabbing five.

Barlett's old club Caberfeidh went out 5-0 to Kinlochshiel at Strathpeffer and that included a John MacRae hat-trick.

The all-Division One local derby at Beauly saw the home side prevail 3-1 over Strathglass.

Barrie MacDonald opened for Beauly and Michael Stokes equalised before William Ferguson and Marc MacLachlan clinched it in the second half.

The first round of the Celtic Society Cup for the South championship featured a 5-1 win for Aberdour against Strachure, Glenorchy edge Oban Celtic 1-0 and Glasgow Mid Argyll eclipse Kilmory 9-0. The bigger clubs enter at the next stage.

Glenurquhart got their first win in the Orion Premiership, a 2-1 home victory against Oban Camanachd.

Neale Reid and Liam Girvan had Glen 2-0 up within half-an-hour and though Scott MacMillan quickly got one back for Camanachd, there was no further scoring.

The match finished 3-1 at the Winterton, with Lewis MacNicol, Peter MacIntyre and Gary MacPherson putting Inveraray in command before Thomas Whyte got one back for Kyles.