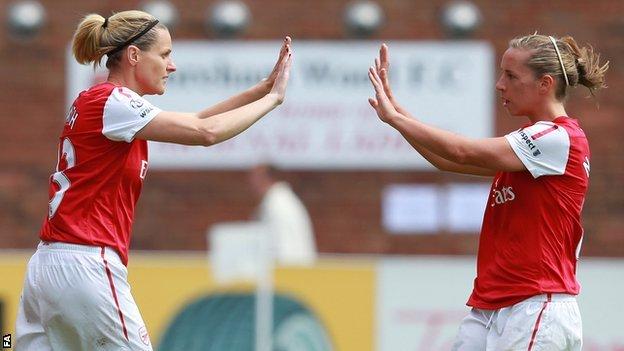 Shelley Kerr's side moved only one step away from an appearance in May's final at Stamford Bridge after beating Italian Serie A women's champions on Wednesday.

The German side clinched a 2-0 (agg 4-1) win at Russian side FC Rossiyanka to secure their spot in the final four.

Arsenal have lost in the the last four in each of the last two seasons to Frankfurt and Lyon respectively.