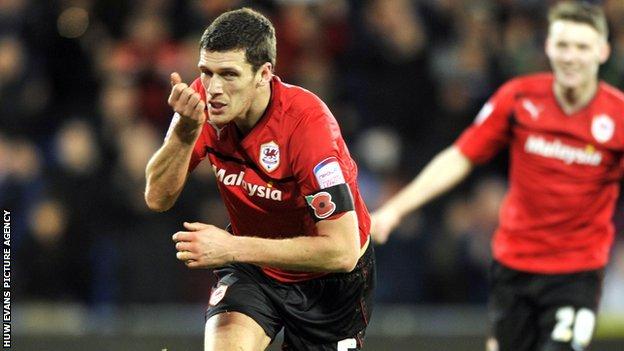 Cardiff City have confirmed that captain and defender Mark Hudson is to undergo ankle surgery and is unlikely to play again this season.

Hudson, 30, has struggled with the injury in recent weeks and his absence is a blow to the Bluebirds as they seek promotion to the Premier League.

In Hudson's absence Ben Turner and Leon Barnett are likely to continue in defence.

Mackay on loan from Norwich on 14 March as cover for Hudson.

Cardiff are seven points clear at the top of the Championship with a game in hand over second-placed Hull.