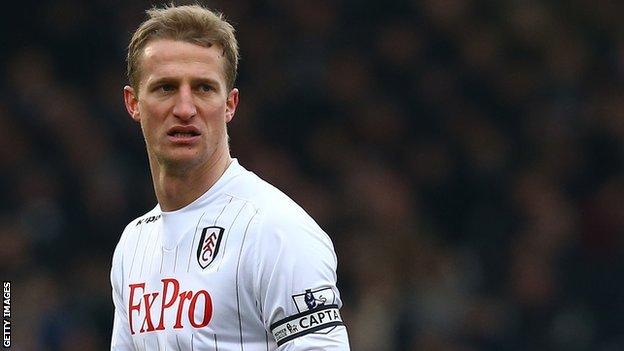 Captain Brede Hangeland has signed a two-year contract extension to keep him at Fulham until at least 2015.

The Norwegian defender, whose current deal was due to expire at the end of the season, has an option to stay at Craven Cottage for a further year.

"I'm certainly really happy to have signed," he told the club's website.

Hangeland, 31, joined Fulham from FC Copenhagen in January 2008 for £2.5m and has played more than 200 games for the west London club.

"It has taken a long time but we're there now and I hope the club is happy," he added.

"I've loved my time with Fulham. It's been a little over five years and I've felt right at home from the very first game.

"I couldn't really see myself leaving, so to finally have signed and to know that I'm here for a few more years gives me a great feeling."