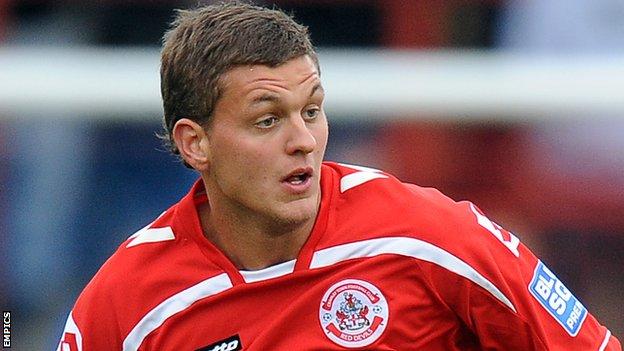 The 24-year-old has only played a total of 60 minutes of football in seven games since returning from a lengthy injury lay-off.

And Forest Green have sent him out on loan in order to improve his fitness.

"Should we feature in the play-offs, he'll be available and should be match fit," Forest Green boss Dave Hockaday told the club website.

Braintree still have 10 Blue Square Bet Premier games to play following a number of postponements, including eight in 20 days next month.

Wright scored 17 goals in 41 appearances for the Essex club before moving to Forest Green last May.