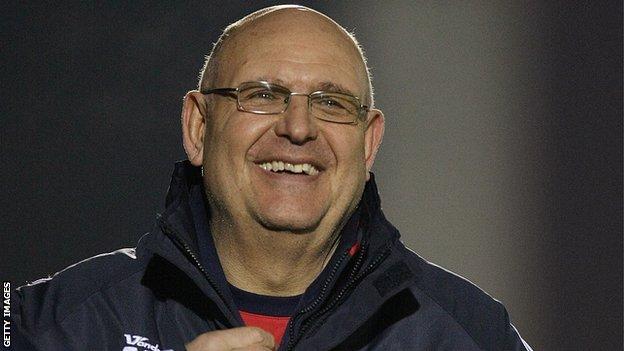 Luton Town manager John Still has confirmed the names of five players to be released as part of his rebuilding of the squad.

Arnaud Mendy has been transfer-listed for internal reasons.

Still told BBC Three Counties: "It is the first step. We needed to make changes and we'll need to make more."

"People would have expected changes," added Still. "Some of these lads [being released] are decent, honest, hard-working people, but I have to find a way of getting this club promoted, and I probably won't find it with 11 people or even 20 people that I like."

"What matters is they're hard-working, dedicated, up to the job players who can get the club promoted.

"Some of those who are going probably have all those attributes, but not in the quantity I'm looking for. The most important thing is to get a winning mentality.

"Experience of League football could help, but I like young, hungry players as well. We've seen Scott Griffiths come in, but we've also seen Alex Wall arrive - I always try and have a plan. We're exploring all avenues for all kinds of players."