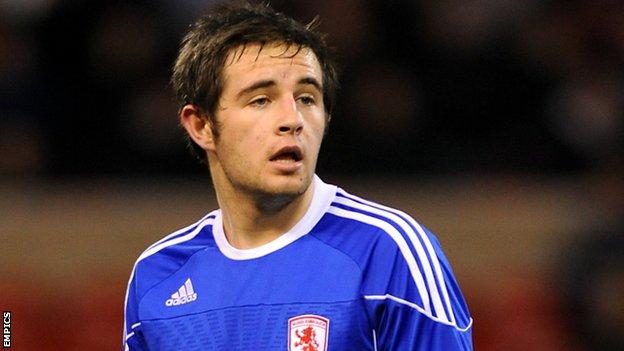 Middlesbrough midfielder Matthew Dolan has re-signed for Yeovil Town on loan until the end of the season.

The 20-year-old first joined the Glovers in January but managed just five appearances before being hit by injury problems.

Dolan returned to the Riverside for treatment but has now been allowed to rejoin the League One club.

"They felt we didn't get the best of the arrangement when Matty was injured," said boss Gary Johnson.

"It is a really wonderful gesture by Boro and I am more than happy to have Matty back. He is a quality player who will enhance the squad in the run in to the end of the season."

Meanwhile, the Glovers have also been given permission to keep Fulham defender Dan Burn until the end of the campaign.

The two clubs had initially agreed to extend his deal until April but the 20-year-old will now stay on at Huish Park.