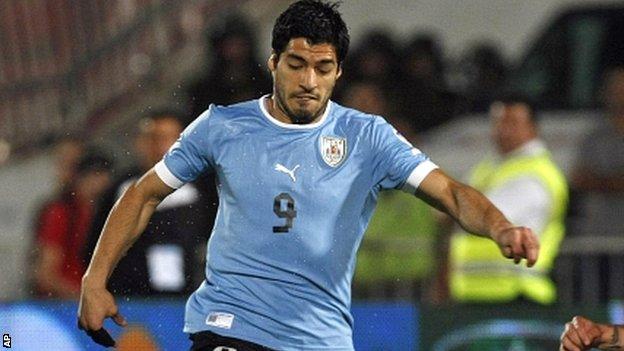 Chile's Gonzalo Jara tangled with him at a corner and footage appears to show Suarez aim a subtle punch at Jara, who plays for Nottingham Forest.

"We are still collecting all the post-match reports, since the officials have got 24 hours to send them," Fifa said.

"Based on the mentioned reports, Fifa will proceed accordingly."

Suarez and Jara, who is currently on loan at Forest from West Brom, jostled for position in a crowded penalty area in the World Cup qualifier in Santiago, which Chile won 2-0.

The defeat has left Uruguay in sixth place in the South American qualifying group, outside of the top four automatic qualification places, with five matches to play.

In a separate incident, referee Pitana did later book Suarez for protesting, and the forward will be suspended for Uruguay's next qualifier against Venezuela.