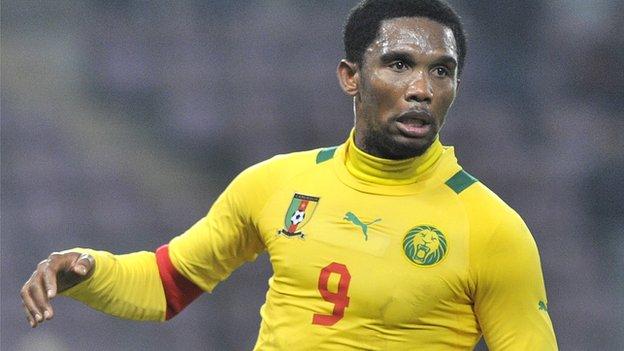 Striker Samuel Eto'o will be out for three weeks after injuring his left knee in Cameroon's World Cup qualifying win against Togo on Saturday.

The news about the 32-year-old's injury was announced by the country's football federation, Fecafoot, on Wednesday.

Eto'o, who plays his club football for Russian side Anzhi Makhachkala, scored both goals in Cameroon's victory.

Cameroon sit top of their African zone qualifying group I on six points, one ahead of second-placed Libya.