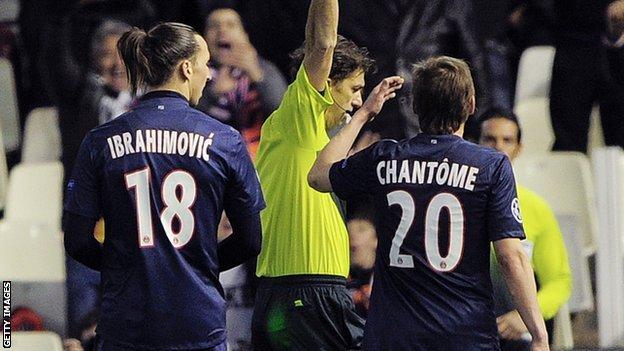 Paris St-Germain striker Zlatan Ibrahimovic is free to face Barcelona in the Champions League after his two-match ban was halved on appeal by Uefa.

The Swede was sent-off during the first leg of PSG's last-16 tie with Valencia and missed the return leg in Paris.

But following an appeal by the French side, Ibrahimovic will be available for both legs of the quarter-final tie against his former club.

The forward has scored 27 goals for PSG since arriving from Milan last summer.

Ibrahimovic, 31, played for Barcelona in the 2009-10 season and scored 21 goals, winning the La Liga title.

Having fallen out with Pep Guardiola, he moved on to AC Milan, where he spent two seasons before joining PSG in July 2012.