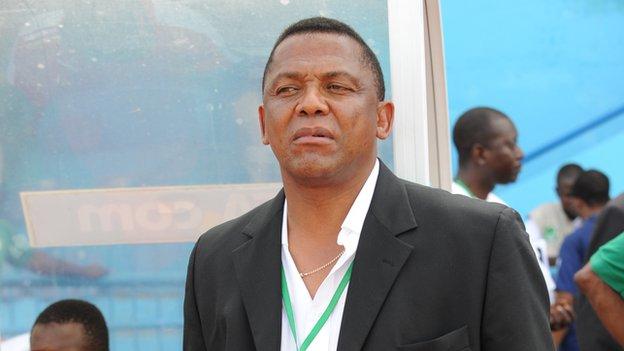 Namibia coach Bernard Kaanjuka has resigned after the 1-0 defeat by Malawi in Saturday's World Cup qualifier.

The result in Windhoek was their second defeat in three Group F matches and dents their hopes of reaching nest year's tournament in Brazil.

"The time has come to part ways because I failed in my mission to qualify the team for both the Africa Cup of Nations and the World Cup," Kaanjukasaid.

Namibia are two points off co-leaders Nigeria and Malawi with three matches to play.

Kaanjuka had been in the job for the last 18 months and won four of 15 matches in charge.