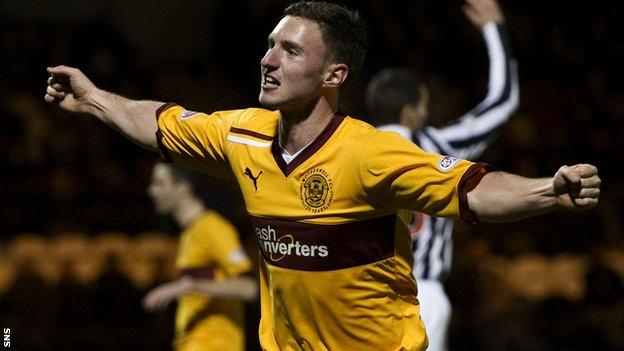 Motherwell striker Bob McHugh has signed a new contract with the club which runs until the summer of 2015.

It's always great to get that wee bit of security.

McHugh said: "I am delighted, it's always great to get that wee bit of security.

"I've worked hard at it, even though I've not started as many games as I may have liked, and I hope the manager has recognized that."

He made his Motherwell debut against Hibs in May 2008 as a 16-year-old.

And, almost five years later, he has proved valuable for Stuart McCall's men, scoring the winner in a 3-2 December victory also against the Easter Road outfit.

"It's not always easy to come off the bench and have an impact but I've made a contribution," McHugh told Motherwell FC TV.

"I look back at the Hibs game as certainly the high point of the season.

"The aim is to try and win a regular place in the starting XI this season and beyond."