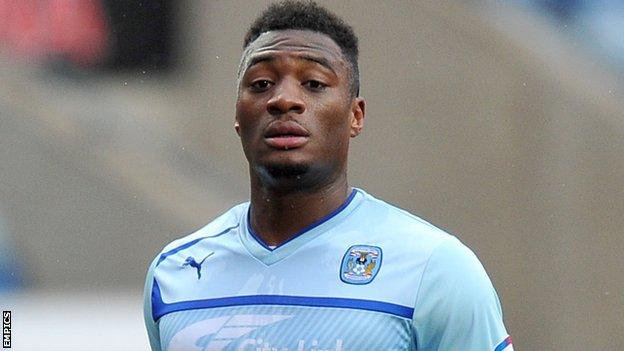 Northampton Town have signed Coventry defender Nathan Cameron on loan until the end of the season as cover for injured Kelvin Langmead.

Langmead, 28, will have an operation on a knee injury he picked up last week.

But the centre-half, who has played every game this term, is expected to return before the end of the season.

Cameron, 21, was given his debut at Coventry in 2009 by Northampton boss Aidy Boothroyd and has gone on to make 52 appearances for the Sky Blues.

"He was one of the standout players of my time at Coventry," Boothroyd told the Cobblers website.

"He is an England Under-19 international and he has all the attributes required to be a top class defender.

"Sometimes young players lose their way a little and a change of scene can do them the world of good and I have a lot of faith in Nathan's ability."

On Langmead's injury, Boothroyd added: "In a way, we are relieved because thankfully the injury is not as bad as we feared it could be.

"The surgeons say Kelvin will be back before the end of the season and knowing Kelvin he will be back even quicker than they expect."