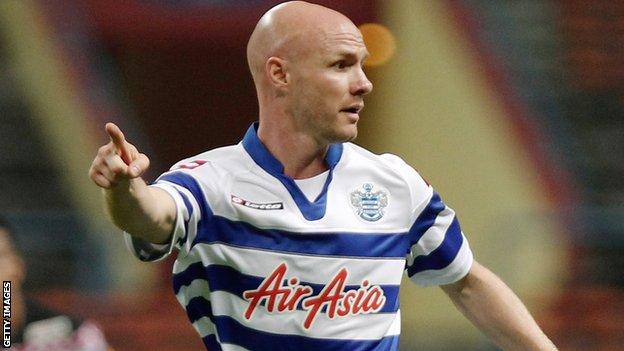 The 32-year-old ex-England forward has not played since September after suffering a serious knee injury, but is set to return to full training.

Johnson is not able to play for QPR because he was not named in their 25-man Premier League squad in January.

Swindon are currently under a transfer embargo following a recent takeover at the League One club.

With the loan deadline approaching, the promotion chasers will need to have the sanction lifted by Thursday in order to add to their squad.

Johnson, who has eight England caps, started his career at Birmingham City before joining Crystal Palace in July 2002, where he scored 85 goals in 160 games.

Johnson spent four years at Craven College before his release last summer, when he was snapped up by QPR on a free transfer.

But just four games in to his Rangers tenure he faced a lengthy spell on the sidelines after damaging his anterior cruciate ligament.