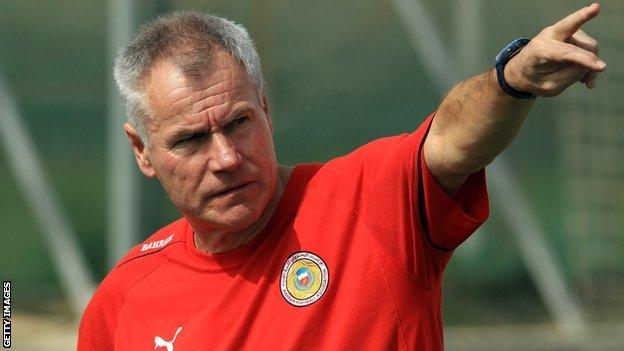 England have been drawn to face Chile, Iraq and the African champions in their group for the 2013 Under-20 World Cup in Turkey.

Egypt, Ghana, Mali and Nigeria are in the semi-finals of the ongoing African under-20 tournament and each will be assigned to a group.

Spain, France and United States are in Group A, while hosts Turkey face, Australia, Colombia and El Salvador.

Defending champions Brazil failed to qualify for a competition for which England recently appointed Peter Taylor as manager.

"You get the feeling here that it's going to be a really big, important tournament," Taylor told the Fifa website.

"I think this summer's going to provide us with a lot of good attacking football.

"We'll be working hard on scoring goals and hopefully making ourselves tough for our opponents. We're really keen to get off to a good start and if we manage that, we could go a long way."

While the African champions know they will be in Group E alongside England there will be a draw on March 30 to decide which groups the remaining sides from the continent will go into.