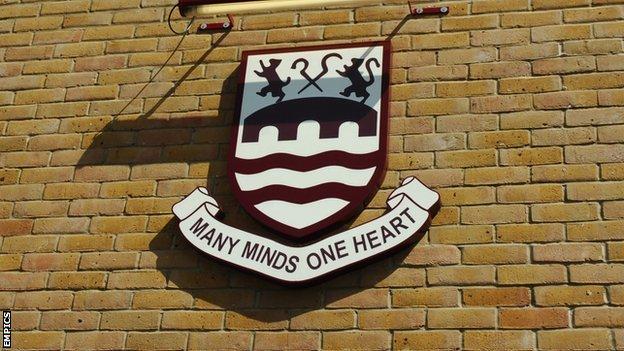 Blue Square Bet South side Chelmsford City have confirmed some players were not paid their February wages.

A series of postponed games, including Saturday's visit of Maidenhead, has hit the finances at Melbourne Stadium.

"The long-term future of the club's not at risk or in doubt. We'll come out of it and hopefully there'll be as much interest from the press when we do."

Obviously the players are concerned. They've had a meeting among themselves. They've shown a lot of loyalty

The fourth-placed Clarets, who had a run to the second round of the FA Cup this season, have played just 15 home league games so far - the joint-lowest in the division.

And while a handful of players whose only income is from the club have been paid, the majority of the squad have not.

Monday night's game against Eastbourne has been given the go-ahead and could create much needed funds.

"Obviously the players are concerned. They've had a meeting among themselves. They've shown a lot of loyalty.

"They said they hoped to be paid on Wednesday [27 March], but if not they would start to put pressure on us about the Friday game [against Welling].

"I understand they have reviewed that stance because they know the game not being on on Saturday was not our fault.

"They have not threatened to go on strike."