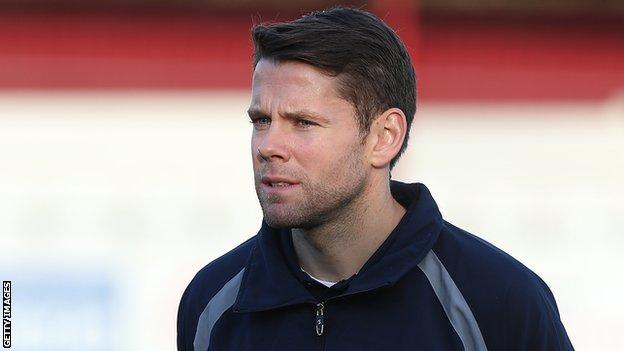 Stanley took the lead when Will Hatfields's shot was adjudged to have crossed the line before Matt Paterson equalised after a defensive mix-up.

Padraig Amond's chipped shot put the hosts back in front but a Zander Diamond goal and and stunning free-kick from Jacques Maghoma put Burton ahead.

But Beattie had the final say when he prodded home with almost the last kick.

"I think it was a case of whoever played the conditions better would win the game.

"We started poorly today and we felt with the wind you've got to try and get bodies forward and try and keep the ball alive in and around their area, which we didn't do well enough to start with."