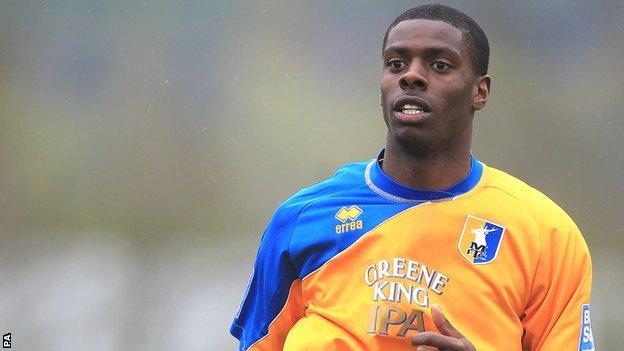 Anthony Howell's close-range effort set the Stags on the way and Louis Briscoe doubled the lead after the break with a sweet 20-yard left-foot volley.

Matt Green smashed home a third after some great footwork in the box.

The emphatic victory keeps the pressure on Blue Square Bet Premier leaders Kidderminster Harriers, who beat Luton Town 2-1 to remain one point clear of the Stags.

But Mansfield have three games in hand on Harriers and will be assured of the title - even if their rivals win all their remaining games - if they pick up 11 points from their remaining six matches.

Gateshead are now winless in five games and are only one point outside the relegation zone with five games still to play.

"It was a strange kind of game, especially early on. In the final third I thought we were making wrong decisions and bad choices.

"But we had to be patient. I thought Gateshead were very dogged and resolute and I just thought the more the game went on, the more gaps started to open.

"I'm chuffed for the lads. I'm just pleased that we've come through with a decent scoreline."