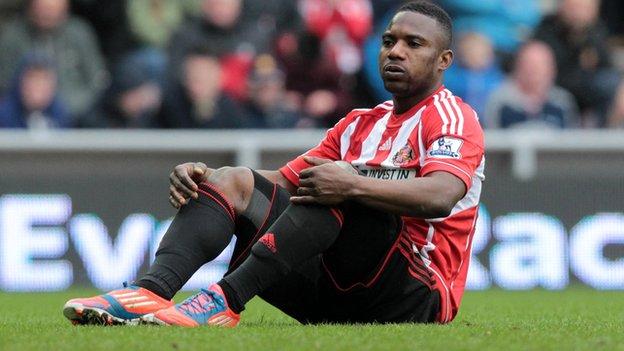 Benin midfielder Stephane Sessegnon has withdrawn from the squad for Tuesday's World Cup qualifier in Algeria because of injury.

The 28-year-old's Premier League club Sunderland revealed the player would not make the trip to Blida.

"Sessegnon has remained on Wearside for treatment on an injury during the international break," the club stated.

"He will remain with the club's medical staff ahead of next weekend's (league) game against Manchester United."

Sunderland did not give any details of the injury although it is believed that it is likely to be a groin problem he first aggravated at Queens Park Rangers two weeks ago.

Sessegnon's withdrawal is the second blow to Benin after striker Mickael Pote was injured in German league action last week.

Benin lead by one point after two matches in Group H.