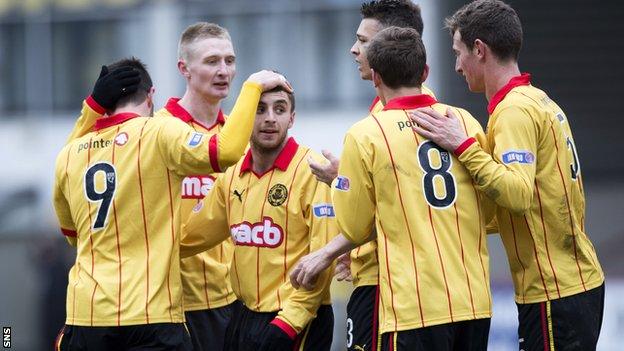 The hosts, who have two games in hand on their Greenock rivals, took the lead after 19 minutes when Aaron Muirhead scored from the penalty spot after Paul Watson handled inside the area.

Steven Lawless added further gloss with a close-range effort two minutes before the break but Watson did go some way to making amends with a consolation goal early in the second half.

The Jags soon recovered as Chris Erskine embarked on a mazy run before coolly converting a return pass from Kris Doolan's on 56 minutes.

Doolan then got his name on the scoresheet when he was well-placed to finish after some good work by Aaron Sinclair.