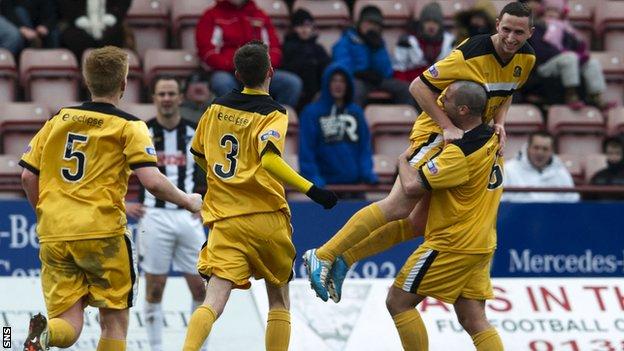 Steven McDougall scored a brace as Dumbarton came from 3-1 down to boost their survival hopes with a shock win at Dunfermline.

The hosts broke the deadlock four minutes before the interval when Ryan Wallace produced a neat finish inside the penalty area after some good work by Andrew Geggan.

Andrew Barrowman doubled the advantage four minutes after the restart with a thumping drive from 20 yards.

The Sons drew level for the first time in the 65th minute through Scott Agnew's low drive before McDougall fired in his second from Mark Gilhaney's pass to snatch them maximum points six minutes from time.