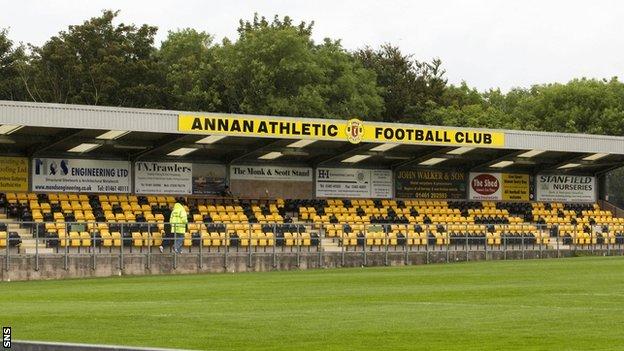 Five matches in the Scottish Football League have been postponed because of inclement weather.

In Division Two, Albion Rovers v Forfar is off due to snow while Arbroath v Stenhousemuir and East Fife v Stranraer have fallen victim to high winds.

Annan Athletic's home match against Queen's Park and Clyde's visit to Elgin City in Scottish Division Three have also been called off due to snow.

A home win for Rangers against Stirling Albion and dropped points by second-place Queen's Park would have secured the title for Ally McCoist's side.

The league leaders start the day 20 points clear, while the Spiders still have eight matches to play.

The Airdrie United v Raith Rovers fixture goes ahead in the First Division after a second pitch inspection at 13:00 GMT.