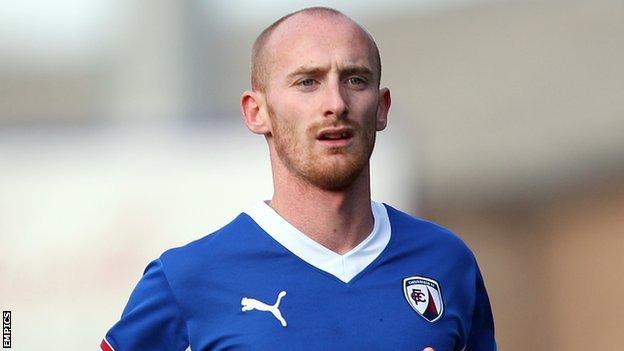 The Spireites kept their faint play-off hopes alive in a game lacking opportunities at both ends.

The visitors created the best chance of the first half, with Tendayi Darikwa coming close with a lob.

They took the lead after the break when Talbot rifled in from 25 yards to move within seven points of the top seven.

Lee Bell shot over for the Brewers, who saw their nine-game winning run at home come to an end.

"It's disappointing because we didn't play the way we normally do. I have to say first and foremost I think Chesterfield are a good side.

"I think they showed a lot of quality today in the game.

"I just said to the players that we didn't play with the same energy and tempo that we normally do, but at the same time, that's 10 home games, we've won nine of them and lost one. It was always going to come at some point, and the key thing is to deal with it well, and get back on the horse, so to speak."

"If you look at Burton's home record this season, they basically beat everyone that comes here.

"I think to come to a Burton that are third in the league, to limit them to no chances in the game, I think we've played really well.

"Our lads deserved the three points. We want to get many points as we can this season."