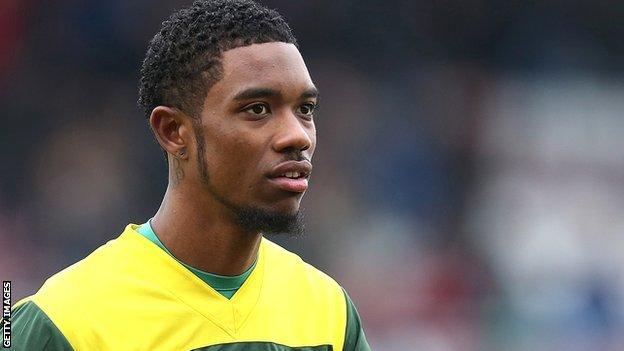 The Grecians, who missed the chance to go fourth, were on top early on and Jamie Cureton wasted a great opening.

But Argyle settled after a tentative start and deservedly led when Banton created space and fired in a low 18-yard shot in first-half injury time.

But an equaliser would have been harsh on Plymouth who were the better team for the majority of an entertaining derby played in front of 13,251 fans - the biggest League Two crowd of the season.

Despite their under-par display on a bobbly Home Park pitch, Exeter are still in seventh place, five points clear of Fleetwood with six games remaining.

The resurgent Pilgrims have now won three consecutive games and have lost just once in their last seven - a 2-1 reverse against top-of-the-table Gillingham.

"I think it was a very good performance in a big game for us, against a good team, a very good passing team and they've had some very good results away from home.

"Their effort to try and win the game and try and get something out of the game was brilliant and it has been since I've been here. We've just got to keep on doing that but that result is for the supporters.

"The support they've got for a club who's fighting relegation and has been doing it for a two or three years is unbelievable.

"We've just got to concentrate on ourselves, it's too tight at the bottom. The teams at the bottom are playing well and they're all fighting for a cause."

"When you're lacking in some sort of cohesion in the side you're always too far away from the ball, you're never quite close enough. It appears you're not close enough to compete, you don't want to compete.

"We rarely had players who were consistently making good decisions and playing competent passes. Our game was fragmented and we have to move quickly on to Monday's game and look at the next 18 points.

"We are in a good position in the league, we've got a chance. We have to move to the next game and try to win it and be very, very careful not to be too miserable when you lose and not too buoyed when you win.

"We didn't challenge their back four enough and their penalty box enough. You want to come into these games and actually build some pressure because pressure often leads to mistakes, and it's those sort of things that wins the game."