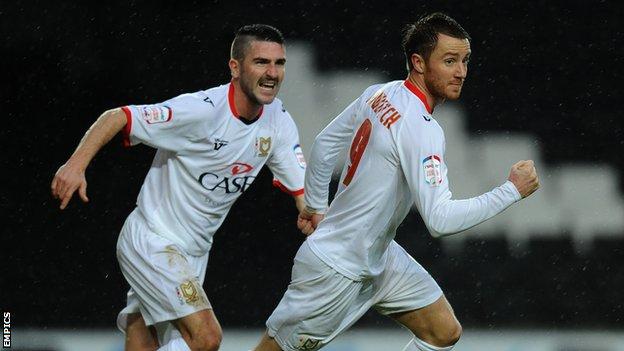 He was on the receiving end just after the break when Simon Walton was shown a red card for a poor challenge.

Bowditch curled home the clincher from 18 yards and Hartlepool were denied a consolation when Peter Hartley's shot beat the keeper but hit the post.

The bottom-of-the-table home side have failed to score or win in seven matches and ended the day eight points adrift of Scunthorpe, who sat immediately above the relegation places following a 2-1 win over Leyton Orient, with only five games to play.

"I thought it was probably one of our worst displays of the season, but it's a win. You don't get many easy games up here in the north east.

"Patrick Bamford is special, he is a talent. I think you've seen how they had to deal with him, it almost became assault at certain stages. The Premier League will definitely see the fruits of his talent one day.

"I don't think we've shown today how good we can be, but it's important from now on the players accept responsibility for their performances.

"If we can put a performance in against a very good Brentford side on Monday and get the victory, it will put us in the [play-offs] mix. That's the challenge that's been set for the players."